John Finch and The Father Effect

John Finch was born and raised in Dallas, Texas. When he lost his father to suicide at the age of 11, he avoided confronting his wounds. He craved affirmation from a father who was not there to provide it, leading him to seek substitute assurance from the world in various unhealthy ways. He created a false persona – existing only to pursue money and becoming a “social alcoholic” – that left him completely unfulfilled.

It was only when Finch came to terms with the unresolved issues of his father-wound that he could begin to find fulfilment.

Finch, now married for 24 years and father to three daughters aged 19, 17 and 12, has devoted his life to helping others address anger and hurt in their lives. In 2015 he founded the Encouraging Dads Project, a site dedicated to helping men become better and stronger fathers, and in December 2016 released The Father Effect, a documentary exploring his experiences, the lasting impact of fathers and the importance of forgiveness. (Here’s a 15-minute version of the full-length feature which John released on Father’s Day 2014.)

He has since released a book of the same name.

We caught up with Finch for some insights about his life, the making of the movie and fatherhood in general.

The Father Effect in a nutshell.

“When I found forgiveness for my father, it radically changed my life as a man, husband, and father. As a result of this transformation, I began to share my story with others and came to understand that fatherlessness and absent fathers (both physically and emotionally) was an epidemic much bigger than I ever imagined. As I shared my story with others, I realised I wasn’t alone and others needed to know they weren’t alone either.

“We began making the movie as a way of getting the message out to others. We just started spreading the word on social media about making a film dealing with the significant and lifelong impact dads have on their children and people began responding, wanting to share their stories.

“On October 24 we released a book by the same name with FaithWords Publishing, which shares a more in-depth look at my story, the life-changing power of forgiveness, how fathers influence daughters and sons, and practical advice about what I have learned as a dad and how it has changed my legacy as a dad.”

Being a dad means…

“Walking in daily awareness of my impact. My life is my legacy. It’s how I live my life every day in both my words and actions. And it’s about how I love, cherish, and treat my wife so my girls know what to look for in a man and how they can expect to be treated by their husbands.

I have struggled with selfishness all my life, but…

“It’s now about living my life for my family first, putting them as a priority before other things. I have also struggled with shame and unworthiness, not knowing if I am doing a good enough job as a dad. I have learned to talk with other dads and get their advice, which has really helped me and continues to help me through the journey.”

“I think many have the perception that dads don’t matter and believe fathers are not needed. The media and Hollywood have made dads seem like stupid, clumsy, idiots by the characters they portray on TV. And they try to make people buy into the idea that women don’t need a man to raise a child. It’s quite the opposite. Every child needs a father or father figure in order to know what a good man, husband, and dad is, what he looks like and acts like. If a child doesn’t have a model, they will look to others for that model. Unfortunately, most of the time, the model they look for is a myth on TV or in the movies, a gang member or some other unhealthy figure. As a result, they get a distorted view of what a man, husband, and father is supposed to be.”

None of us have this father thing figured out.

“We all struggle at times and make mistakes. Be real and authentic about your own struggles and issues. Talk to other dads who have been there. There are a lot of good resources available that haven’t been available before. Read books and listen to podcasts. Do the best you can with what you have and know. Learn everything you can from others so you don’t make some of the same mistakes.”

None of us are perfect and it’s important that our kids know that. It helps them understand they don’t have to be perfect, either.

The importance of forgiveness and openness in relationships.

“None of us are perfect and it’s important that our kids know that. It helps them understand they don’t have to be perfect, either. I have learned to admit it to my kids when I make a mistake and ask them for forgiveness. It helps our kids do the same when they make a mistake.  Finding forgiveness for my dad prevented me from carrying the burden of anger, bitterness, and resentment into my relationships with my family. I have been very real and authentic with my kids and wife and I have shared many stories with them. They now know why and what I struggle with and we are better able to communicate and work through issues as a result.”

Before I had kids, I was an expert on kids… if you know what I mean.

“I had all these ideas about how I would raise my kids compared to others.  Once I had kids, all those ideas and expectations changed.  It’s so easy to be an expert at parenting until you have kids!

“I now look at the world with a microscope, thinking about how certain events or things happening will impact my children. It’s like I am wearing a different, but brand new pair of glasses that allow me to see things and the world differently and even clearer in some cases. I’m always thinking about how I can address topics with my kids and have an open and honest discussion with them. It doesn’t always go as planned, but my kids know I am doing the best I can and I believe they are thankful for it.” 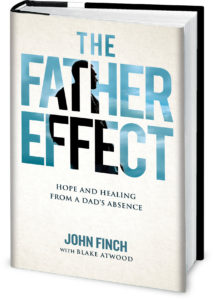 Before they hit adulthood my daughters should know…

“Money doesn’t make you happy. Do what you love.

“Family is your first priority. Others will come and go, but your family will always be there for you.

“What they are looking for in a husband and not settling for anything less.

“To be willing to stand up for what you believe in, even when everyone else is sitting down.

“To love others even when they are hard to love. You never know what they are going through.”