My mother has lived for 61 years without doing – or having – many of the things that people take for granted.

She’s hasn’t been overseas or been on a plane.

She’s never had her car licence.

Since becoming a mum, she’s seldom had a ‘paying’ job.

The purse strings have always been tight.

But the things she’s been blessed with – insurmountable love in her heart, a close-knit family, a wonderful sense of humour – put anything material in the shade.

Family has always been foremost in mum’s life. She remains close to her parents, and to her two sisters and brother. I’ve never witnessed nor heard of a family feud; I think they’ve always been such a tight unit by virtue of their collective ability to laugh at life.

Skipping a generation and, not surprisingly, she’s a first-rate ‘gran’ to my three daughters and my sister’s three boys. She’s playful, engaged and generous. My girls love spending time with her as I did my grandmothers. History is repeating itself, to my girls’ life-shaping benefit. To that end, the resemblance between my eldest, seven-year-old Edie, and my mum as a girl is remarkable and beautiful. This article’s main photo displays a synchronicity that’s physical – the large gap between the middle top teeth; the as-if sculptured smile line; the flash of cheek in the eyes – but it’s also in their respective character traits of playfulness and creativity. It’s like I’m getting a glimpse at the funny, imaginative, spirited little girl I always imagined my own mother to be. 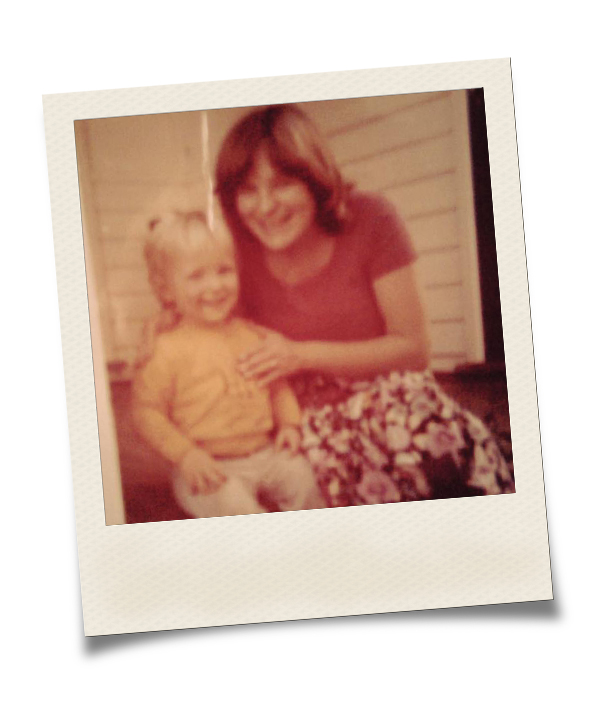 But it’s while wearing her ‘mum’ hat that she’s done her best work. It’s a label she’s had for two-thirds of her life and even the friends who knew her before she had me, at the age of 21 (the first of three children in under four years; our brother Josh would follow nine years later), would say she’s bloody good at it. She’s adjusted her approach as we grew from babies to kids to adults: nurturing, guiding, befriending. As kids she was strict in her boundary setting; fastidious in house-keeping. She was prone to exasperation if this super-smooth routine creased in any way. But it was a strong message: take pride in yourself, and your surroundings, wherever you are.

She was also a sounding board for other mothers, particularly the first-time mums of Josh’s kinder and school friends: the seasoned campaigner taking the greenhorns under her wing and all that.

While dad worked hard to provide and but otherwise stayed distant and spent many a weeknight at the pub – not that he was on his Pat Malone in those days – mum was across everything. She had an innate interest in all our friends; knew what homework was due; when our sporting activities were on. She embedded herself in the school community. She was always juggling, but still managed to compartmentalise to better accommodate our respective interests. Given that shared parenting is rightly par for the course in the modern age, I have an even greater respect for all she did for us now.

She’s always loved books and still swaps titles and eagerly chats about authors with my youngest sister. Then there’s music. She’s got her lifelong favourites –  The Bee Gees, Simon & Garfunkel, Elvis Presley, Roy Orbison, The Monkees – but she made a point of keeping one eye on Rage each Saturday mornings, always knowing the tunes each of us were into, always eager to know what No.1 was, dismissing MC Hammer’s “U Can’t Touch This” with the same vigour as she’d sing along to Wet Wet Wet’s “Love is All Around”.

As adults she’s always extended a wise ear, and we’re probably still on her mind more than she’d admit. I recall following her out the front of the family home on the night before I was due to fly to Ireland to live with my then girlfriend, whom I’d fallen for during a two-year working holiday in UK and Europe that I’d not long returned from. She was looking up at the star-sprinkled night sky. “I used to come out here while you were away last time,” she’d said. “Looking up there, wondering how you were, what you were up to.” This routine was about to kick in again. The uncertainty of having a child – regardless of their age – head overseas for lengthy stints must have been hard for her; it’s something that I’m only realising now as a parent myself, as the knot dread I feel at my girls doing the same kicks in. You want them to be happy and to experience the world, but you still want them close. She hugged me tightly at the airport the next day; it was a hug that carried me across the next 18 months before I’d see her again.

Given that shared parenting is rightly par for the course in the modern age, I have an even greater respect for all she did for us now.

Like her mother (and my nan), mum has a great laugh. She doesn’t hold it in; it flows like a blackbird’s windowsill greeting. She’s good at it. Through her six decades it’s always been there; it lights her up, brings on her ‘A’-game, even as the arthritis and the migraines gnawed away at her in middle age. Perhaps the laughter helped her forget the curled-over toes and an inability to clench a fist. She loves nothing more than sarcasm and satire with those closest to her. My attempts at humour are patchy at best, but I’ve always had a willing fan in mum. 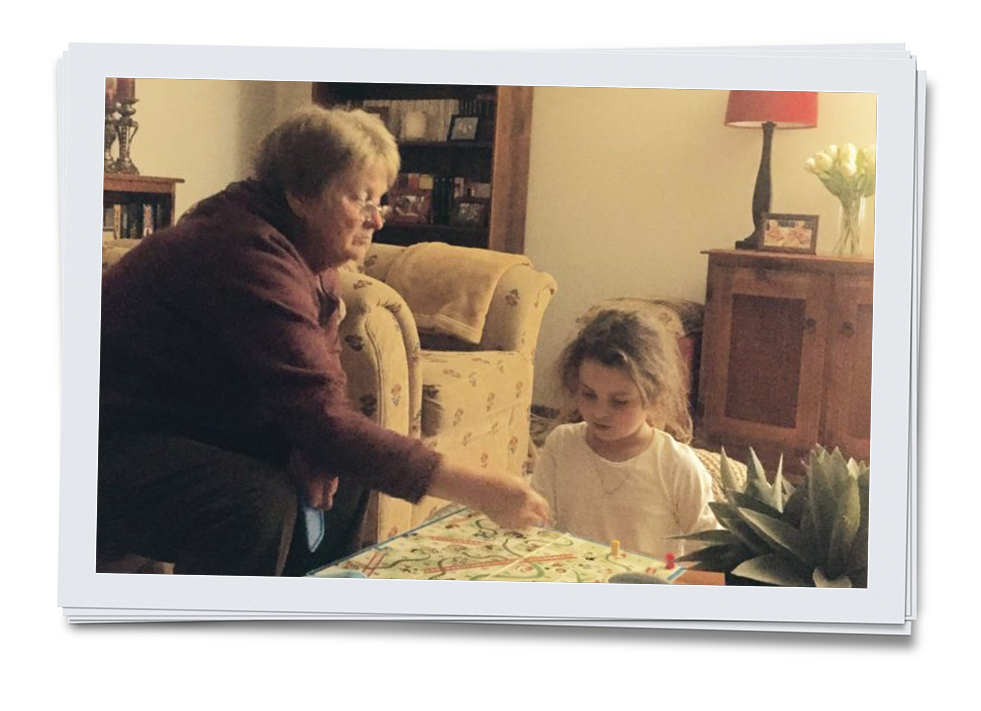 One of my fondest memories moments was telling her I was going to be a dad. We’d just driven from Melbourne to Cobram on a wintry Thursday night to find her slumped on the couch, The Footy Show on and the volume down. She clearly wasn’t far from bed. During the next ad break I casually drop the bombshell. A shriek filled the room as mum leaped from the couch – arthritic bones and all – and hugged Tash and I. She danced up the hallway to wake dad with the news. While the old man at least made the effort to get out of bed, he was as ever, understated. Mum wasn’t, however, as she got on the phone to spread the word. “I won’t be able to sleep now,” we heard her tell her sister.

Last year she went on a week-long cruise with her family that took in Tasmania and the Sydney Harbour. She sent me a photo with her sisters and mother out front of the Opera House. She was beaming with life: you could see the glimmer of freedom in her eyes; this was her four decades-late backpacking adventure and one that she thoroughly deserved.

No, it hasn’t been a life of extravagance to date, but she has utterly shaped the lives of four people, and brought joy and humour to many, many others. That’s an impact and legacy that many people can’t match.

So, happy Mother’s Day and thank you to a wonderfully giving daughter, sister, wife, cousin, auntie, friend, grandmother, life-teacher and, most of all, mother.