For scriptwriter Jorge Camacho, his “worst nightmare” became the premise for Handle With Care, his first movie adaptation.

Says the Oslo-residing, Colombian native : “I am the kind of person who is always playing with thoughts and fantasies beginning with: ‘WHAT IF?’ “So, there was a question I used to ask my wife when we decided to have children, ‘what if we can’t?’ Was adoption an option? I have to be honest and say that adopting was never in me – kind of selfish, I know. I always dreamt of having my own children; a little girl or boy that looked like [he and his Norwegian wife Tonje Ruud], and had some our traits and personalities.”

Camacho says Tonje – whom he met in 2001 when the pair were both studying in Melbourne; they settled in Oslo in 2005 following stints in Colombia and the US – was open to adopting if conceiving children naturally wasn’t an option. “During the months we were trying to get pregnant, the adoption question was always in our heads, but I didn’t want to address it full on,” he says. “I kept thinking: what if we adopt and something happens to her? I would be left alone with a child she wanted – not me.”

Camacho, now a (biological) dad to eight-year-old Daniela and six-year-old Tobias, was an economist for 10 years, but grew restless. “One day I decided to quit my job and spend my life doing things I enjoy, and I enjoy writing – though I had never done it seriously before,” he explains. “I wrote a script for a short movie and pitched it to a director friend of mine; he encouraged me to enter a contest here in Norway for people with an idea for a feature film. Only problem was, I didn’t have one – and the deadline was only five days away.”

Encouraged that his Colombian roots proved a point of difference from the other contestants, he opted for a topic that involved both countries. But finding common ground between Norway and Colombia wasn’t easy. He drew up a list that included topics such as narcotics (“no, thank you”), oil, flowers and humanitarian work before uncovering statistics showing that 40 per cent of all adopted children in Norway are from Colombia. “Long story short, I won the pitching contest with this story and that opened some doors with production companies,” he says.

In a blink he had his first film commission. Camacho wrote two solo versions of the script before producer Hans-Jørgen Osnes called in experienced scriptwriter Hilde Susan Jaegtnes to help knock it into shape. Director Arild Andresen – whose film The Company Orheim won Best Nordic Film at the Gothenburg Film Festival in 2011 – was also involved in the writing process. “The story was always there, but the way to tell it needed a lot of work,” Camacho explains. “We worked on the script for three years, while the producer secured the financing. It was a long journey but we collaborated very well.” 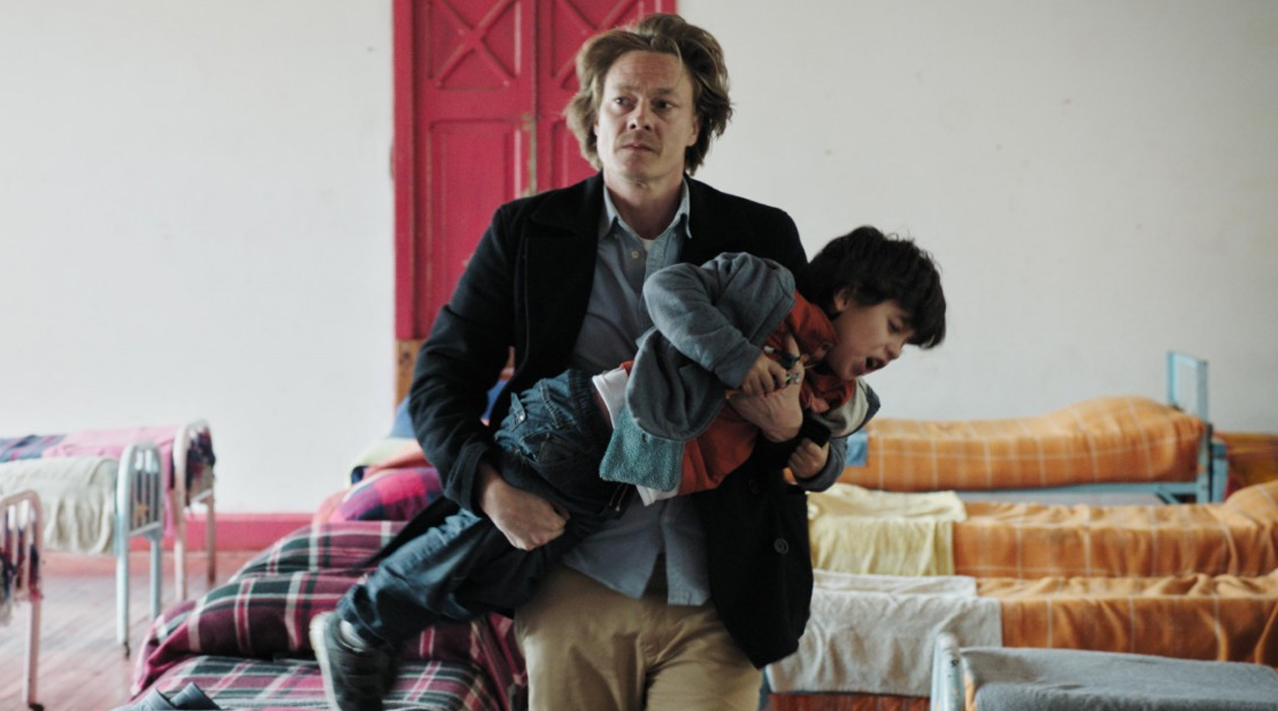 In a world suddenly so keen on building walls, it was nice to see how we can build bridges through art and movies.

Given the unusual clash of cultures, Camacho’s involvement in the film extended beyond words. “Since none of the people involved in the movie had ever been to Colombia, my input was always important,” he says.  Camacho liaised with the Colombian producer; was involved in location scouting in Bogotá, was an extra (“very Alfred Hitchcock”) in one scene, and recommended some of the actors. (Kristoffer Joner (The Revenant) was chosen as lead actor, to be supported by Kristoffer Bech, Marlon Moreno and Patricia Castañeda.) “I believe it was everyone’s love for the project what made the whole thing click,” he says. “In a world suddenly so keen on building walls, it was nice to see how we can build bridges through art and movies.”

Handle With Care – which tells the story of Norweigan offshore oil worker Kjetil and his struggles in raising an adopted son after the death of his wife, and his efforts to return the boy to his Columbian birthmother – might have been a slow build but the rewards have come: earlier this year it was an award nominee at the Gothenburg Film Festival, and it has featured at film festivals all over the world, including Australia as part of the Volvo Scandinavian Film Festival. “I never imagined such a beautiful movie could be made from that initial piece of paper,” Camacho says. “Arild has a sensibility about the places he shoots that is truly remarkable. The actors’ performances made each scene better than I pictured them in my head.”

While Camacho says it’s “very moving” to see his story come to life, he says Handle With Care has generated a lot of mixed feelings. “Every parent, adoptive or biological, can relate to some of the frustrations and anger portrayed in this film,” he says. “Even though there are so many ways to take care of a child, they all must have love as a premise. I like to think this movie can set the basis for a debate among the viewers and each can reach their own conclusions.” 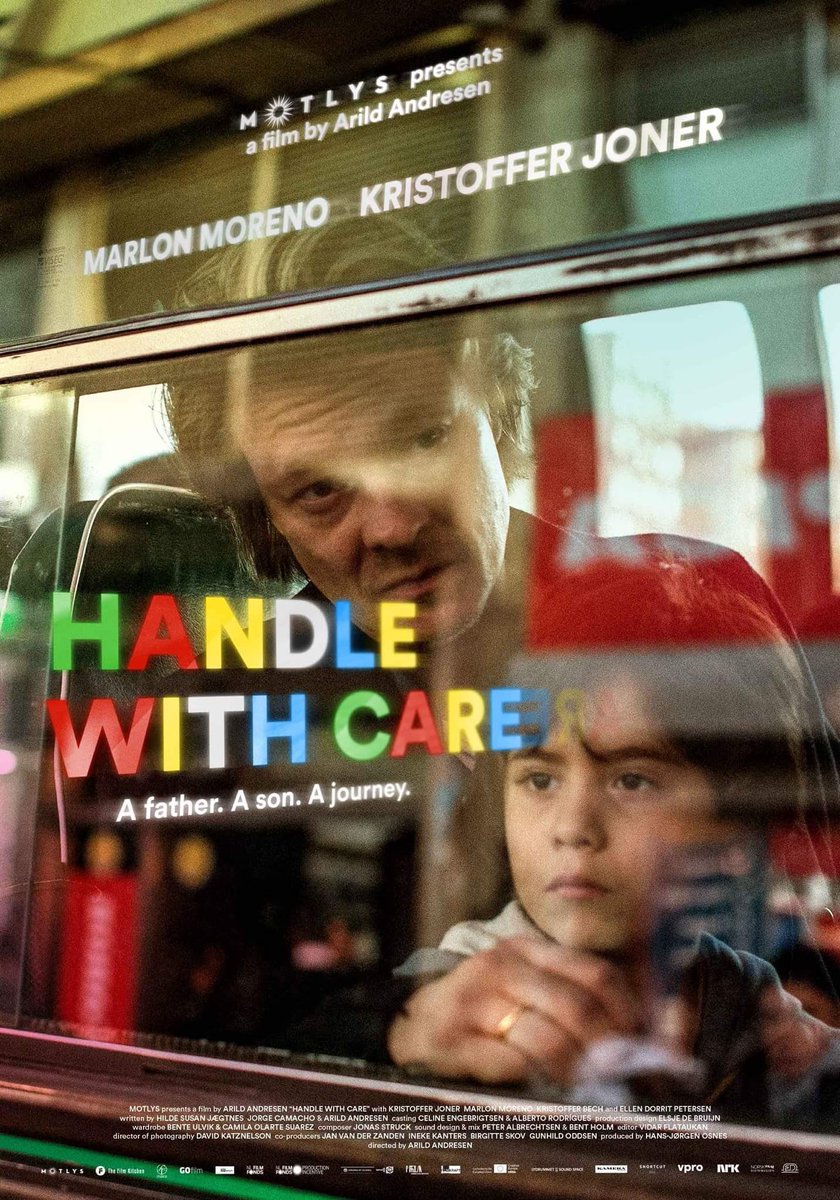 Camacho is now working on a “100 per cent Colombian” new film, with similarly heavy, but important, themes. “[It’s] about a 12-year-old boy who comes from a family that suffers from Alzheimer’s. He knows one day he will develop the disease and is trying to make everything he can so that he won’t forget, and his ageing parents won’t forget him.”

He’s also working hard to be a good dad to his kids. “[Fatherhood] is a never-ending learning process where my children are the teachers and the lessons are infinite,” he says.