While the UK’s thriving parent-blogging scene remains largely represented by mums, in recent years there’s been a rush of dads – many of the stay-at-home variety – bringing a fresh, modern-day perspective to the whole parenting thing.

There’s community-driven sites like The Dad Network, which has more than 32,000 followers and a closed group for dads that recently ticked past 9000 members; long-established entities like The Dadventurer, Dad Blog UK, Man vs Pink and Inside Martyn’s Thoughts; and swarms of smaller fish. Somewhere in the middle is David Millard’s clean, wide-ranging Tales of Two Children, a blog inspired by his two children: ‘Fidget’, who recently turned five, and ‘Little Man’, who is two.

London-based Millard has worked in the education recruitment sector for close to two decades and fits the blog around work, family and – when he’s done with kids’ parties, scooter excursions to the park, arts and craft sessions, soccer matches and dancing, singing, acting and swimming lessons – the rare hit of golf.

We hit up – or should we say, further encroach? – David for his thoughts on the world of parent-blogging, and his take on fatherhood.

Thanks for your time, David. Could you give us some background on Tales of Two Children?

Tales of Two Children was born out of my desire to write to Fidget as a record for her to look back on. I decided to do this as soon as we found out we were expecting. I started by writing emails to her. The idea for the blog and site grew out of this.

The seed behind the blog was me wanting something for Fidget and her younger brother, Little Man, to look back on. The idea stems from the fact that I came from a broken home. I only have three pictures from my childhood and little else. I wanted more for my kids. Hence the blog.

I had no experience in creating blogs. As a start, I did some research online about setting up with WordPress and came across some really good tutorials by an American guy called Court Tuttle, who has a site called The Blog Builders, which was a big help; even for a layman like me. The tutorials are really straight forward. And free! He also answers questions quickly. If you are thinking about creating a site, you could do a lot worse than follow his free guidance.

We went live at the beginning of July 2016. Though, I actually started to develop it towards the end of 2015. It didn’t take that long to create. I use WordPress and the Avada theme. I didn’t want a standard blog; I was after a website feel, and Avada suits that need. It allows me to have a family gallery and the ability to develop the site further. I really think it works.

Once I had decided on the theme, everything came together pretty quickly. I was working on the site in the evenings after work, and over a period of maybe two months. It just took me some time to get the nerve to hit the publish button. I wasn’t sure what sort of reception I would receive, especially from my mates.

Other parent bloggers have been extremely supportive. It’s a great community to be a part of.

I still see the site as needing a lot more work, especially on the back end, but I think the blog is going quite well. I have nearly 300 subscribers. However, readership is definitely tied into our social media presence: Facebook, Twitter, Pinterest, Google+ and Instagram. Without which it would be very difficult to gain readership and followers.

Until recently, and because of my work commitment, I would normally post once a week. Which is quite low if you compare it to a lot of bloggers I know. Some post daily. I don’t have the grace to do that. I spend a lot of time with the kids; time I’d have to cut into if I wanted to post daily. I think you have to be quite disciplined, otherwise the blogging could easily take over your free time. For me it’s a case of blogging after the kids have gone to bed. When you are working full time, the period between getting home and the kids going to bed is golden time for me. I want to spend it with them.

I think the reception the blog has had has been quite positive. Well, I haven’t had any negative responses as yet! I find the readership quite supportive. There’s still some way to go, but we are building.

How is the dad-blogging scene in the UK at the moment?

I wrote a post about this recently called To Dads Who Blog. I wrote it because I have been really surprised with the camaraderie of dad bloggers. Being accepted into the dad-blogging community in the UK, and to a degree the USA, happened quite quickly for me. Most of it happens on Twitter and Instagram, though; they’re are my two main sources of traffic to the blog. I have noticed how healthy it is over here by the amount of new dad bloggers starting up and just joining in. There doesn’t appear to be a lot of rivalry; it’s all quite friendly.

The community here is hugely supportive, too. I’m lucky to have a number of the top ten dad bloggers over here who follow and endorse my blog and posts. It’s a nice situation. They give advice and feedback freely. They also ask if you will write feature posts. This is good for them, but great for relative newbies like myself. Your posts get great exposure to their followers. There’s a lot of quid pro quo.

I know there are a lot of people out there who think it’s weird that dads blog about family and parenting, but I think an ability to share your thoughts about your children and feelings on the topic of parenting or family is a strength. So, to all the guys in Australia who are blogging or thinking about blogging I’d just say ‘go for it,’ there’s a great community of parenting bloggers out there, made up of mums and dads, who will read and support your writing.

It’s everything! From the moment we made the decision to have kids I was pretty much hooked. I’m an older dad, so it took me some time to get there. I’ll admit, I didn’t always want kids. I had a good single life and a career that I didn’t think was conducive to family, because I spent so much time overseas. I was a little selfish with my time, too. That’s one of the things that have changed: it’s difficult to be selfish as a parent and do what needs to be done, or give of yourself to meet the needs of your children and provide what they deserve. The way I look at it is simple: I had a good single life, now I have a fantastic family life with a great partner and two great kids.

As far as I’m concerned, being a dad means putting the little people first, always.

The most important thing is that I want to give my kids the childhood I never had. I want them to be able to look back on their childhood knowing that they were loved and supported and that their parents were there for them. Being a dad is the most important job I’ve ever had. And I’m going to be the best dad I can be. 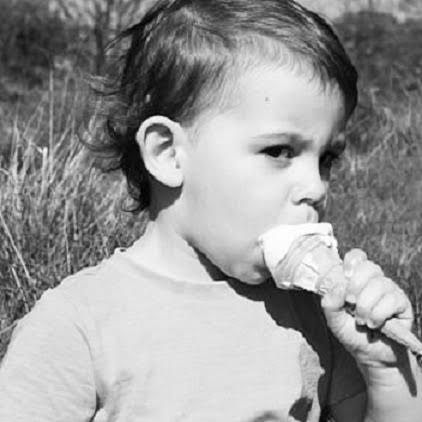 What has been your single biggest parenting challenge?

When we thought we were going to lose our son. When Little Man was 12 days old, he stopped breathing three times and was rushed to hospital. He spent a week in the neonatal intensive care unit undergoing a barrage of test and treatment for a viral infection that caused his right lung to collapse. Holding things together during that time was hard. We knew he was in the best place with fantastic doctors and nurses, but situations like that make you question your parenting skills. I spent the week wondering what we’d done wrong, and if we could have done things differently.

But it was a viral infection that our doctor said would have to run its course, like a common cold. Within hours he had crashed. He stopped breathing in the evening whilst mum was trying to feed him. In a way that was a blessing, because we were with him. If it had happened during the night it might have been different. I’ve written about it here.

Do you have any advice for any blokes struggling with parenthood?

Just lap it up. I know it probably sounds clichéd, but I have never felt more fulfilled in my life than now. Being an involved and committed parent is a gift. Any parent with teenagers will tell you to enjoy the early years whilst you can, because those years fly by. And once your children suss you out, you’re snookered!

I would probably sum this question up like this: be involved as much as possible; don’t let the guy in you get in the way of you being dad.

Has your approach to fatherhood changed in any way since the birth of your first-born?

Definitely. I think we all adjust to situations, or change our approach. My first child was my daughter, Fidget. She was everything. And we started our parenting journey by wrapping her in the proverbial cotton wool. We tried to second-guess everything in case something went wrong; in case we messed up. I thought we would stop there, because like most parents I didn’t think I could love a second child as much as I loved her. It didn’t seem conceivable that I could love two children the same. But that wasn’t the case; you just love them and you adapt. It’s necessary to adapt when the second child comes along. Necessity is a great motivator.

There are differences now: I’m a lot more relaxed about parenting. I trust myself in all situations with the kids. Parenting is something I do now, not constantly worry about. Obviously, there will always be new scenarios, but the more you parent the quicker the solutions come. And your confidence in yourself as a parent grows.

How do you think the role of a father is perceived in society today?

I think it’s undervalued. I don’t know what it’s like in Australia, but in the UK I think there is still an outdated view that dads are the ‘other’ parent. I hate it when dads are viewed as babysitters and not dads ‘parenting’ when looking after the kids alone. I’ve been a stay-at-home dad for a while and it can be a grind, but it’s also quite rewarding. I don’t think the kids have suffered from me being full-time, either! I understand that there are dads out there who aren’t involved as much as the mum, but my partner and I agreed to share the load, and I’m more than happy with that. Raising the kids is something we do together. So it bugs me when society views dads as the secondary parent.

Do you see the world differently now than when you were childless?

Definitely. I’m more concerned with related issues. Everything I do now has the kids’ welfare at heart. Although I work in an education-related field, I now have a more vested interest in educational issues. Whereas before it was just business; now it’s more personal. I find myself taking more interest in child-related news. I truly believe that I now have a wider view of the world; a more caring and considered view. It’s a hangover of being a parent.

What five things should your children know by the time they turn 18? 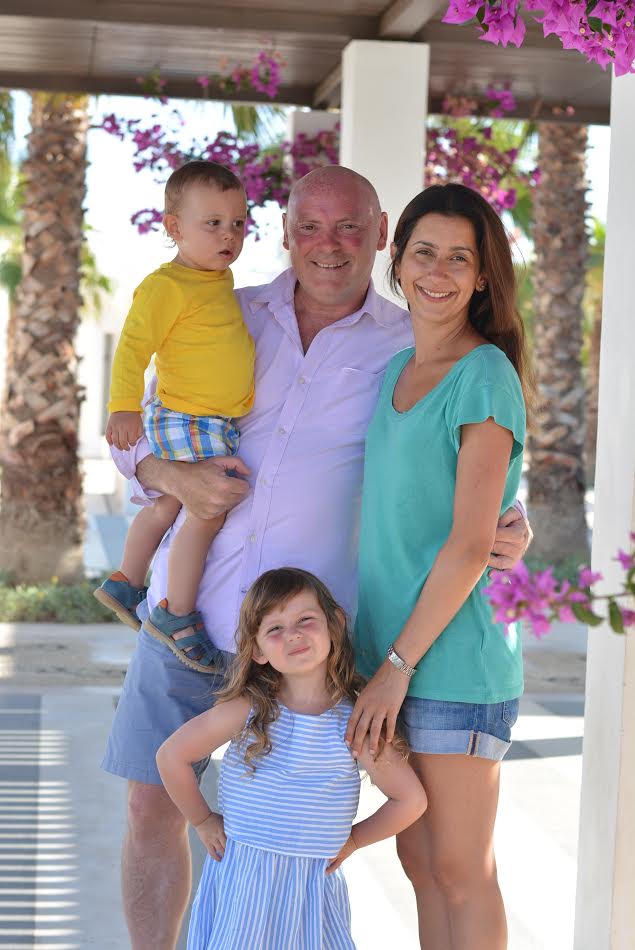