The Five Biggest Dieting Mistakes Every Dad Must Know

When starting a new diet, it seems pretty easy in theory and the equation usually goes like this; eat less and move more, but as you probably already know… it’s not that simple!

It’s so easy to hit the weight-loss plateau and sometimes you can be sabotaging your own success without even realising it, until now…  You are about to learn five of the biggest dieting mistakes any dad can make when starting out!

1. Consuming too much fruit because you believe it’s ‘healthy’.

Fruit is good for you from a nutritional stand point but it’s also very high in sugar which can be a big issue when trying to control your blood glucose; the five-a-day campaign promoted by the [UK] government has not been that helpful in the fight against belly fat as excess sugar causes insulin to spike and that shuttles away the sugar to your fat cells leaving you feeling tired too.

The same can be said for fruit juices since you are consuming the fruit without the fibre, plus a glass of juice can contain more than five pieces of fruit which you wouldn’t actually consume in its whole form.

2. Eating low-fat products because you believe ‘fat’ is fattening.

The belief of eating low fat is healthy comes from all of the marketing messages from food production companies and couldn’t be further from the truth! When fat is removed from a food source, this has to be replaced with something else and it’s usually added sugars, harmful sweeteners and chemicals which will not do you any favours.

In fact, fat-free products leave you feeling less satisfied than the real thing which makes it harder to stick to the plan since you will still be hungry, the less processed and packaged you eat, the better the quality of the food you will consume and the healthier you will be as a result.

3. Having regular meals or snacks because you are ‘too busy’.

When you are missing meals during the day, you run the risk of putting your body into starvation mode which happens after four hours (on average) and this encourages the body to store food as fat rather than use it as fuel. Skipping meals also lowers your average metabolic rate which is the predominant influencer of the calories you’ll burn throughout the day, in fact it accounts for 80 per cent of it!

You’ll also run the risk of being over hungry and having larger portion sizes than normal which can really set you back on the diet front, especially when it’s late at night.

Protein isn’t only essential for muscle growth and maintenance, but it’s vital to increasing your metabolic rate further due to the ‘thermic effect’ of food which accounts for 10 per cent of your daily calories burned. Protein requires more energy to be digested than carbohydrate or fat which naturally leads to weight loss, providing the other two are lowered to account for the increase in protein with each meal throughout the day.

Protein also has a massive impact on blood sugars also so it will help to stabilise insulin levels as a result and even assists in fat burning since your body can’t burn fat without it.

5. Failing to plan ahead for success (and end up blowing it all).

You can have the best intentions in the world to stick to your plan but sometimes you are a victim of your environment, when there isn’t anything around to consume that is ‘on plan’ and you grab whatever is available, you are really giving up control of what you put inside your body.

Also, not planning meal times and letting that project, meeting or task go overdue without eating means you are more likely to grab something for convenience since you are over hungry, don’t get caught with your trousers down next time and make sure you plan for success to achieve your goals. 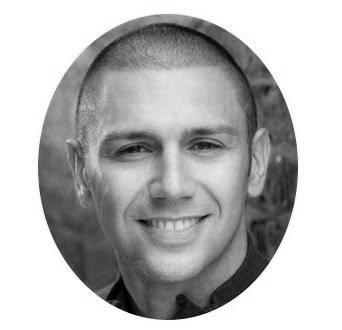 Stefano Chiriaco, a.k.a ‘The Dads Coach’, is a health and fitness coach from Hertfordshire, UK. He blogs at Ultimate Dad Transformation. This article has been republished with permission.

To join the Ultimate Dad community for more hints, tips and tricks on fitness, nutrition and mindset, click here.

Stefano Chiriaco
Back to Top